Several weeks ago, I didn't know what love was. I had seen her, heard about her, done some internet stalking on her, but never actually met her. Then when we came face to face that glorious Saturday around 11:00 AM in a Best Buy, I knew it was love. Never did I think it was possible to fall in love like this. Now I know just how deeply I can love. Ever since that Saturday, I have only found myself more in love than the day before. Every day I wake up, open my eyes, and see her lying next to me in my bed, fully charged and ready for another great day together. I spend hours touching her before I even put my feet on the floor. What's the point of even getting out of bed anymore when you have her? Yes, she has completely eliminated the need for real women. It's true. That's how much I love my iPad.

At Starbucks, of course. 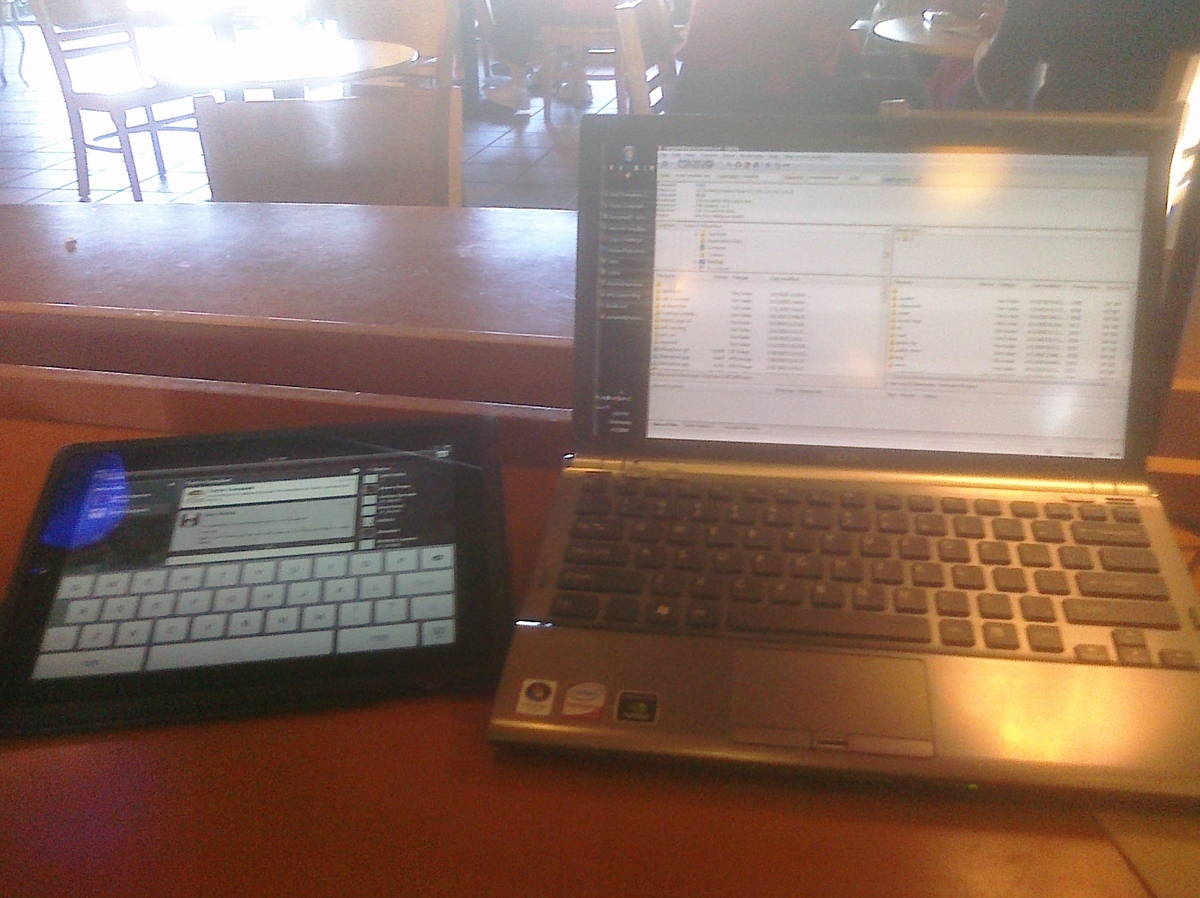