A couple months ago, I finished building my home office in the shell of a barn. It started as a old horse barn with a dirt floor and no ceiling and over the course of a few months, turned into my new creative space (with a small recording studio) where I now spend most of my time. Here are some shots of the final product. (Scroll down if you want to see some progress shots of how it all came together.) 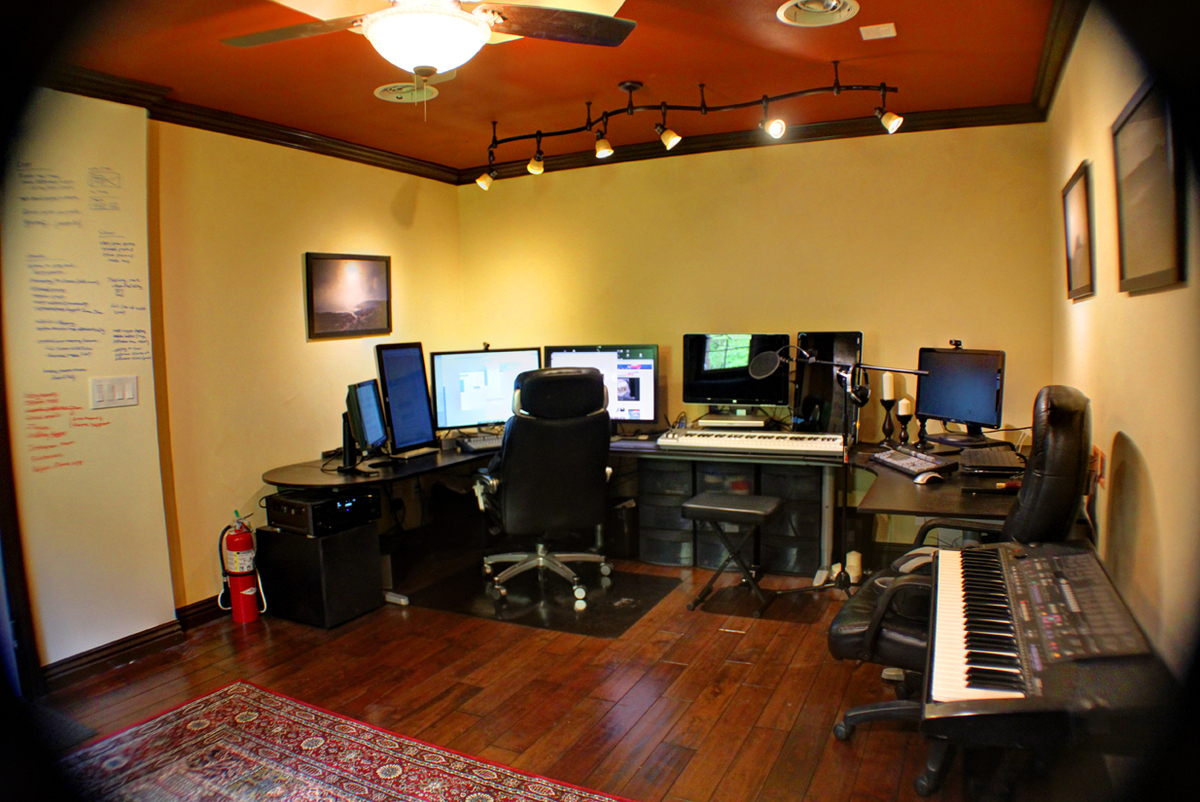 "The Barn" as it has been so originally named used to be a horse barn in the 70's, but has been nothing more than a storage unit for yard tools and a place for junk since then. (First pic is now the office, second pic is now the recording room.)

I employed the help of 2/3 of my nephews to get the junk out. (It's not breaking child labor laws if they're related to you, right?)
Download IMG_1042.mp4

And then my dad helped loosen the tightly packed soil so we could level for the floor.

Here's all I came up with in terms of plans. I'm thankful that our handyman was willing to run with just this. 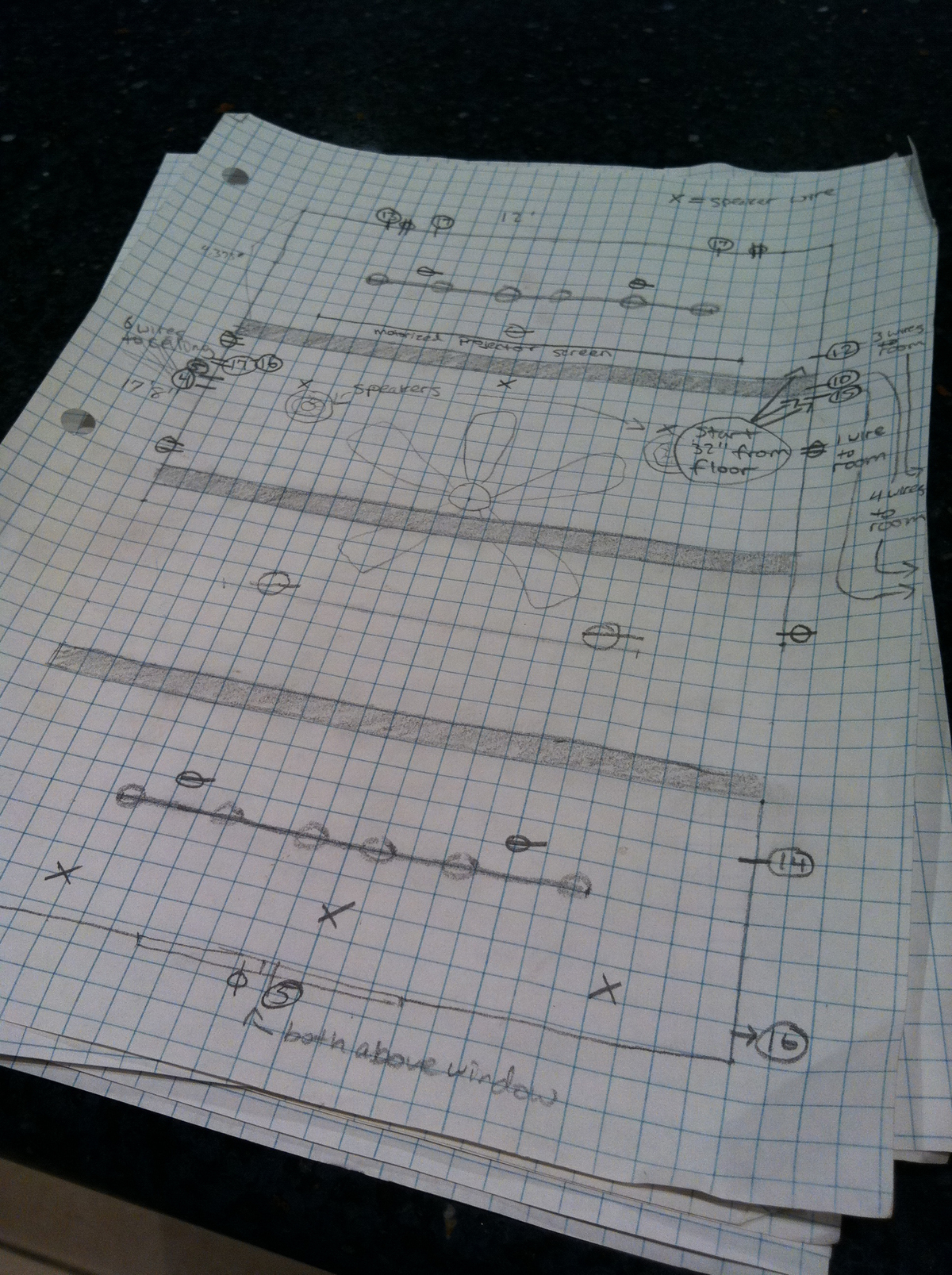 Got a large delivery of "real life lego pieces" from Lowe's and proceeded to carry it 100 yards from the street and down 60 steps: 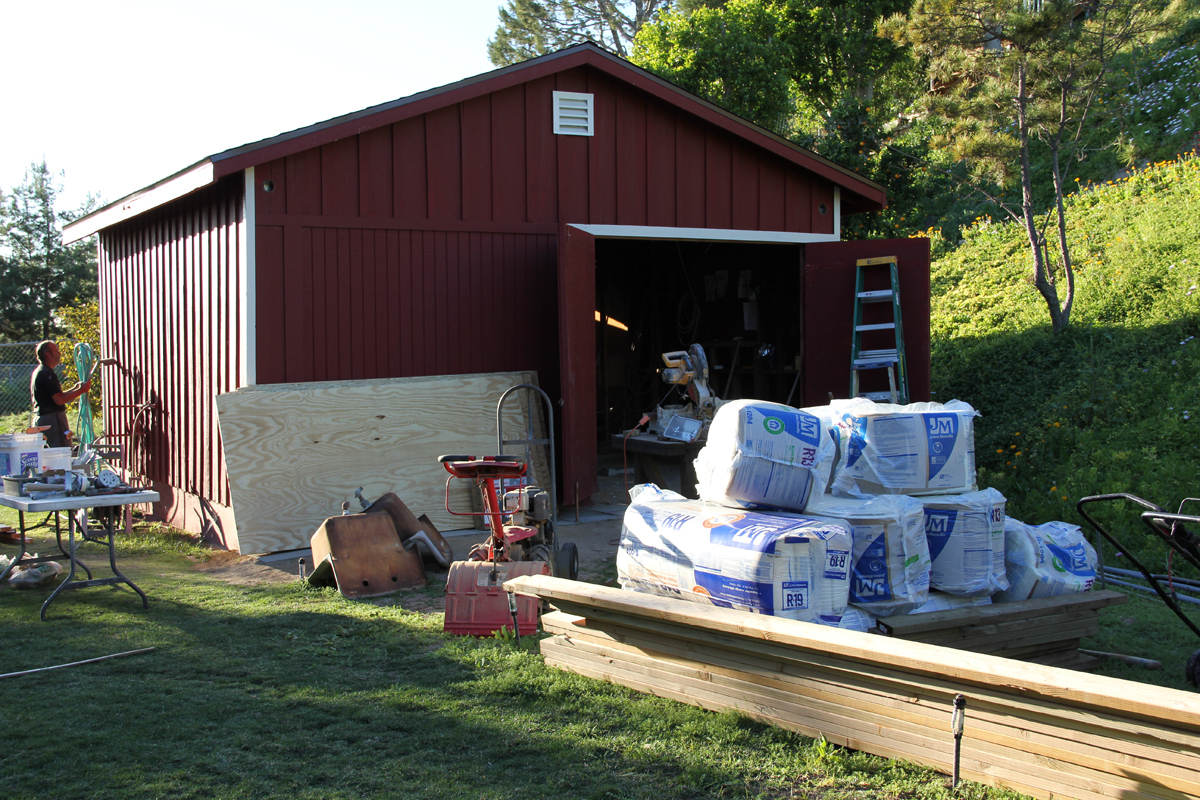 Once the junk and rat poison were out, we were ready to frame the floor (handyman Brian on the left).

Side note: did you know that handling wire (used to hold insulation up off the ground) with bare hands can make you change colors? 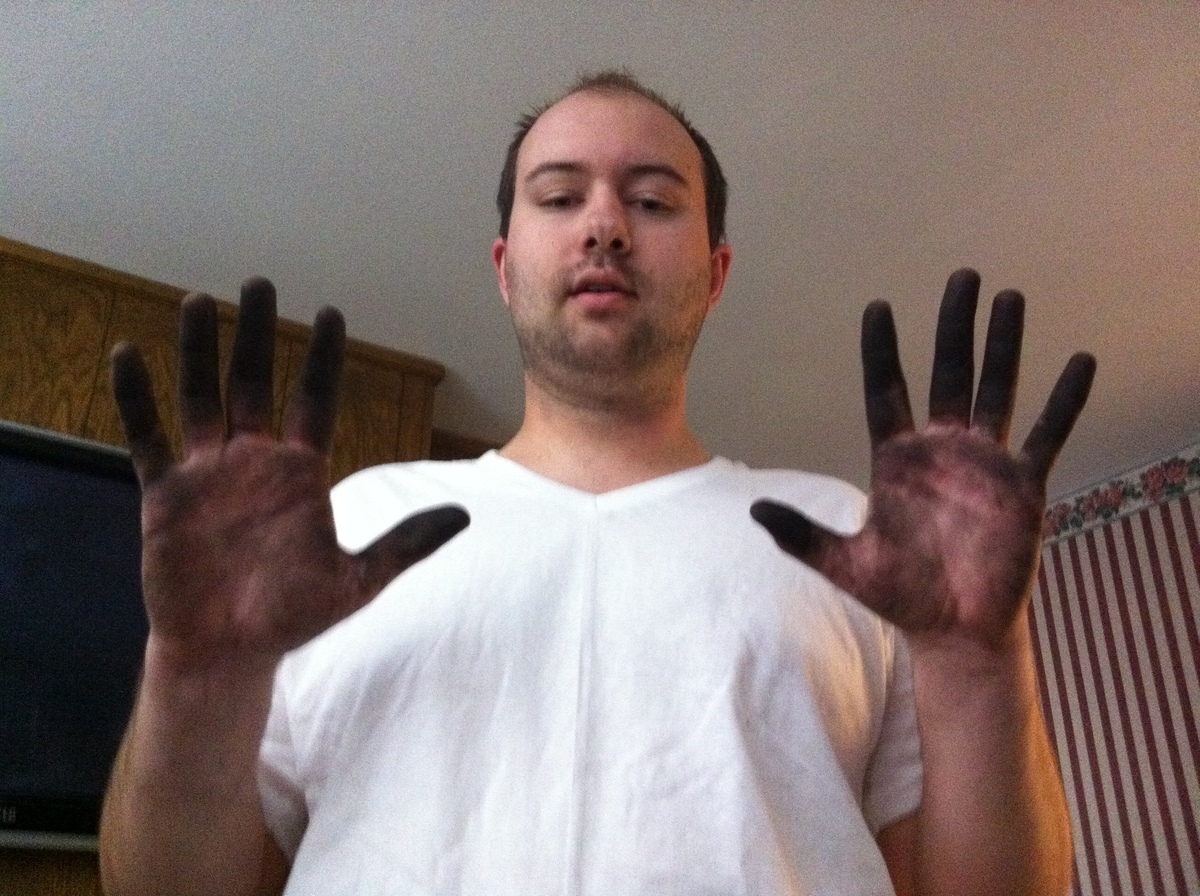 Now that we had a floor, it was time to frame in the ceiling. 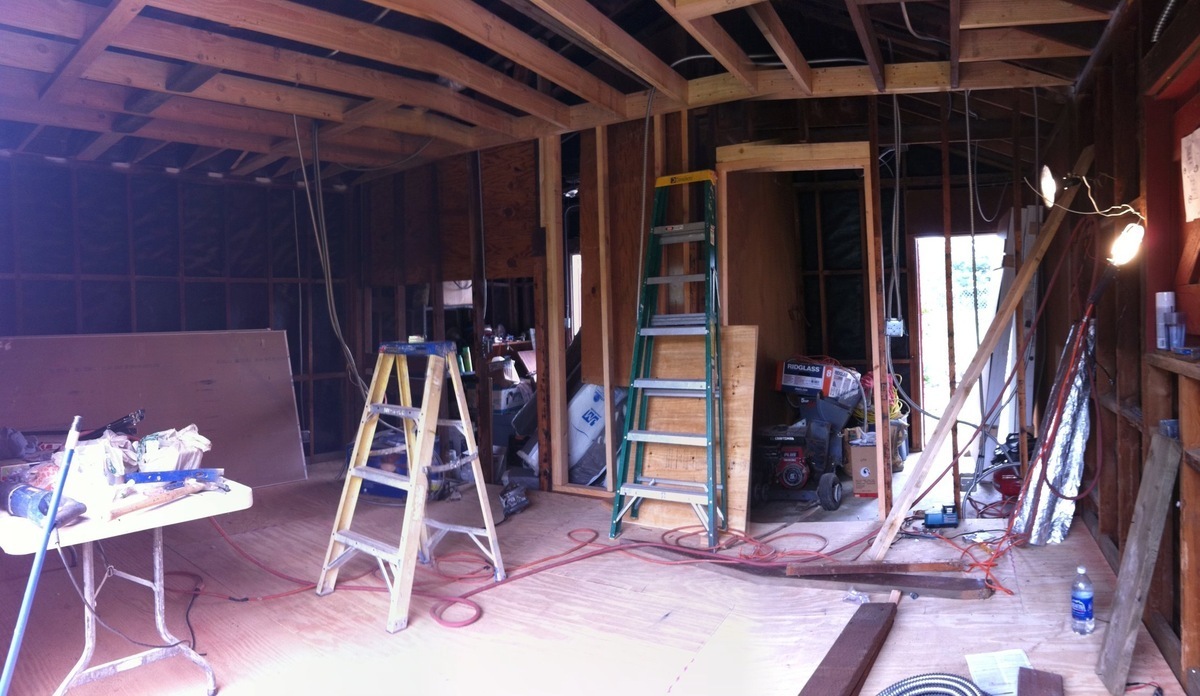 Once the ceiling was framed, I noticed that my favorite local coffee shop (Kean Coffee) had an awesome recessed ceiling for their chandelier. 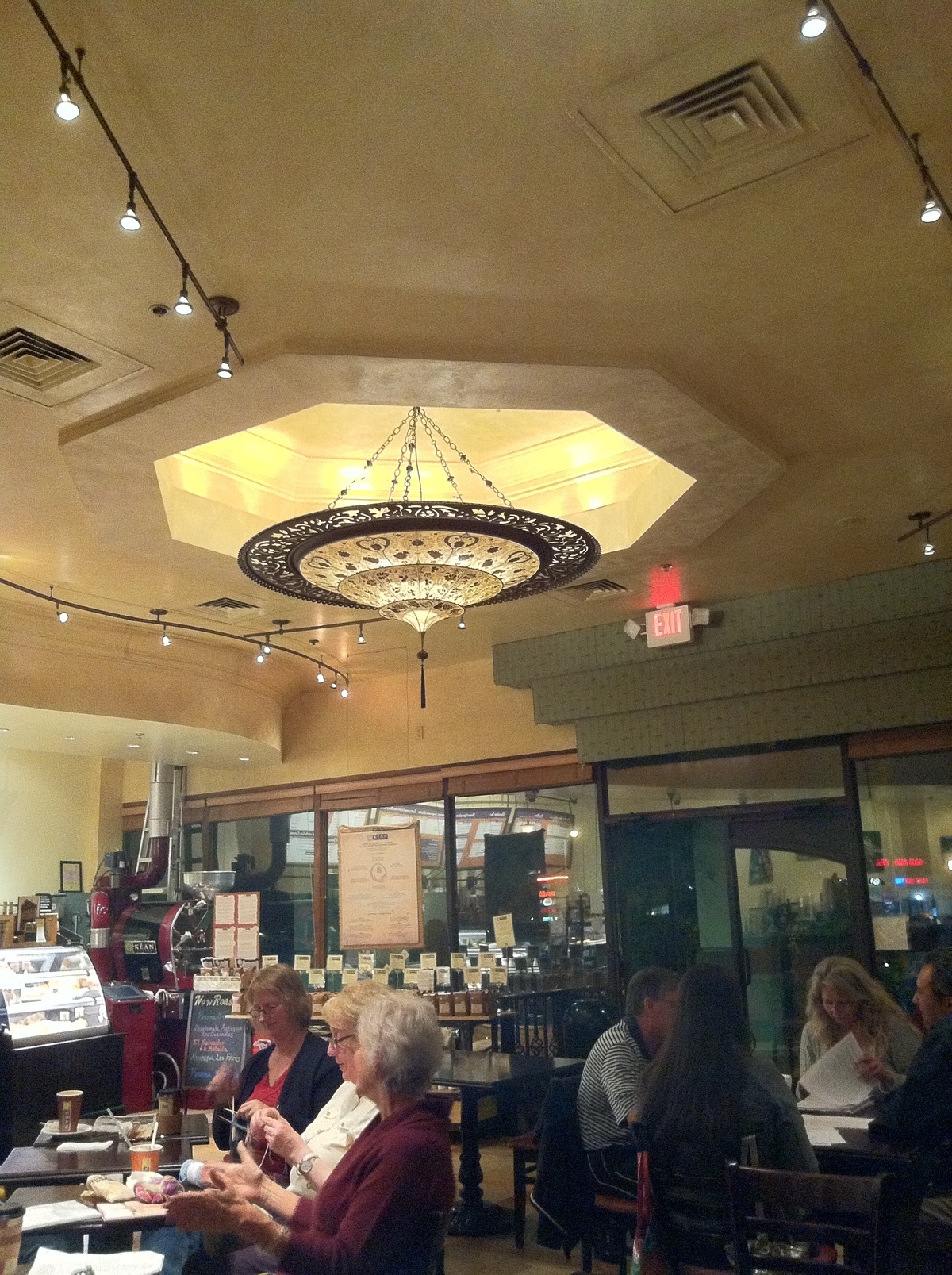 So of course, I decided I wanted a recessed ceiling too, to make the room feel bigger. (This would eliminate the exposed wooden beams I had drawn into my plans.) So we chopped a hole in the framing we just built and made a recessed section. 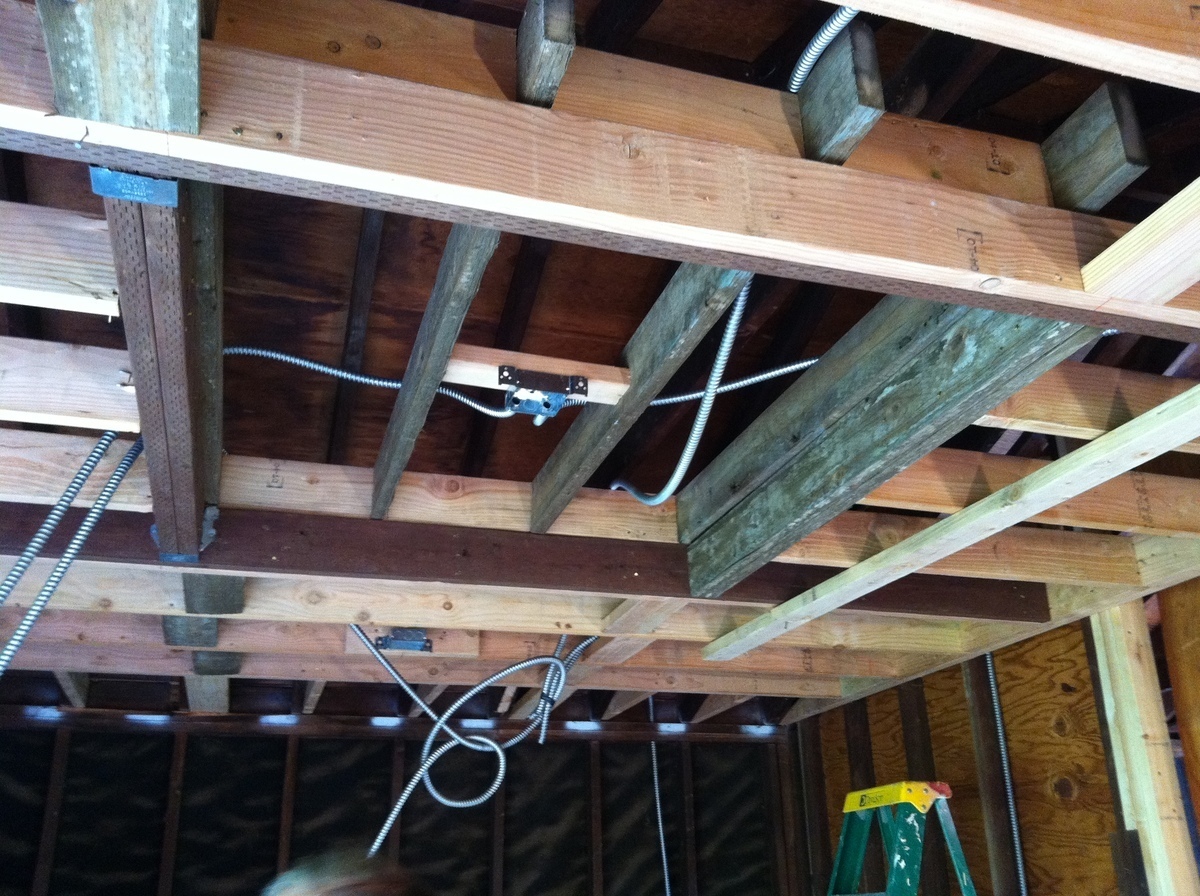 Then came insulation and wiring. I'm pretty sure we used several miles of wiring. 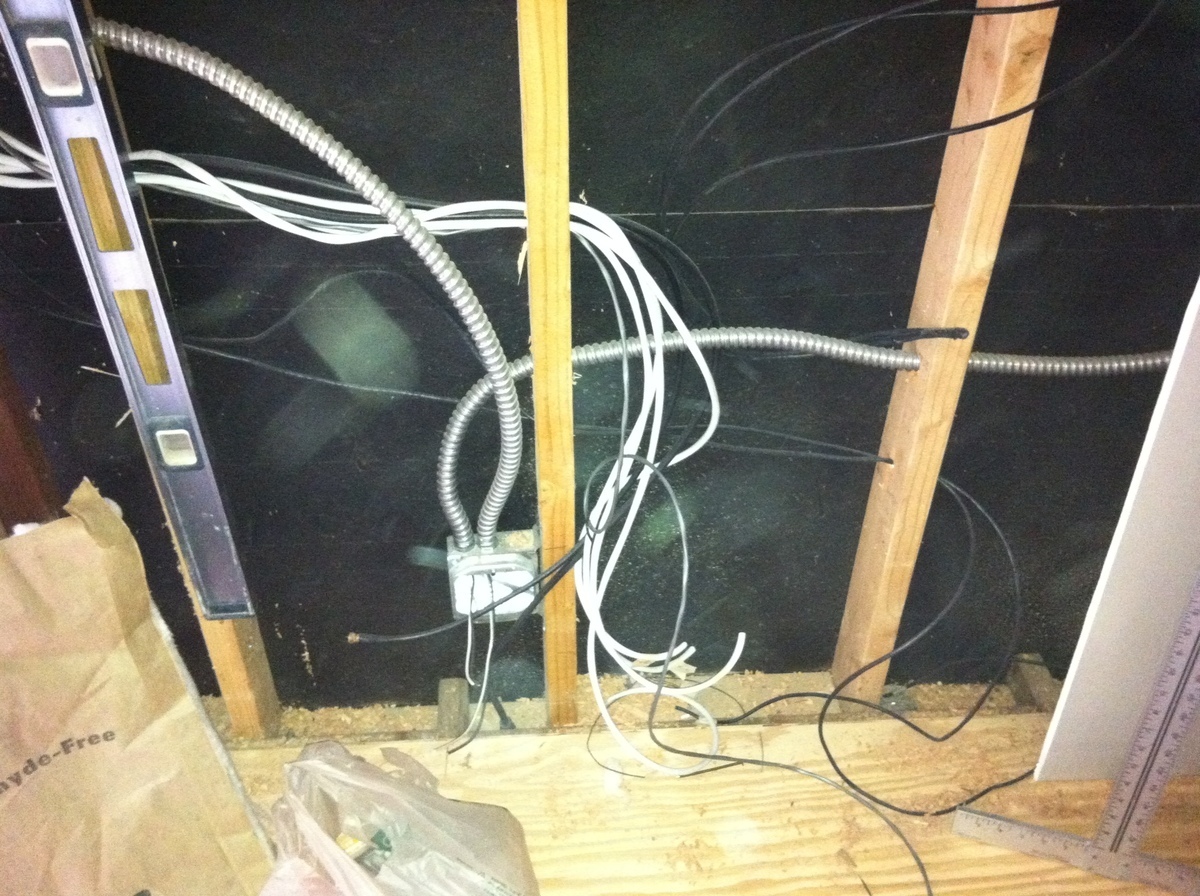 Among the things being wired up were:

Oh, and we had to install a subpanel for power, so we got to run lots more wire underground to get to the barn. In the pic below, you'll notice my ingenious solution of getting all the wires we needed to automatically feed to us as we pulled them underground. (That's our handyman you see in the later pics.) 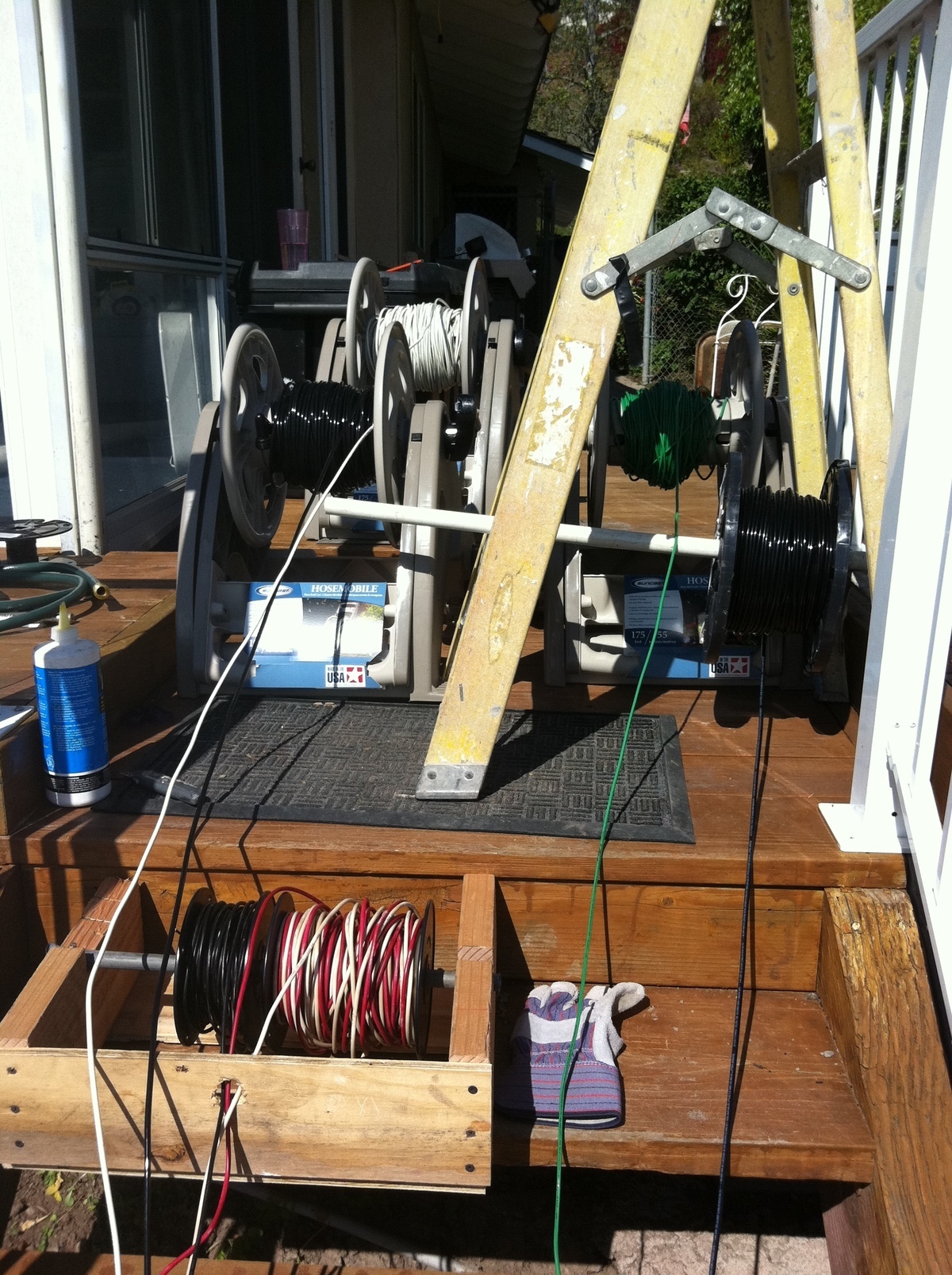 And the last pieces before the finishing. 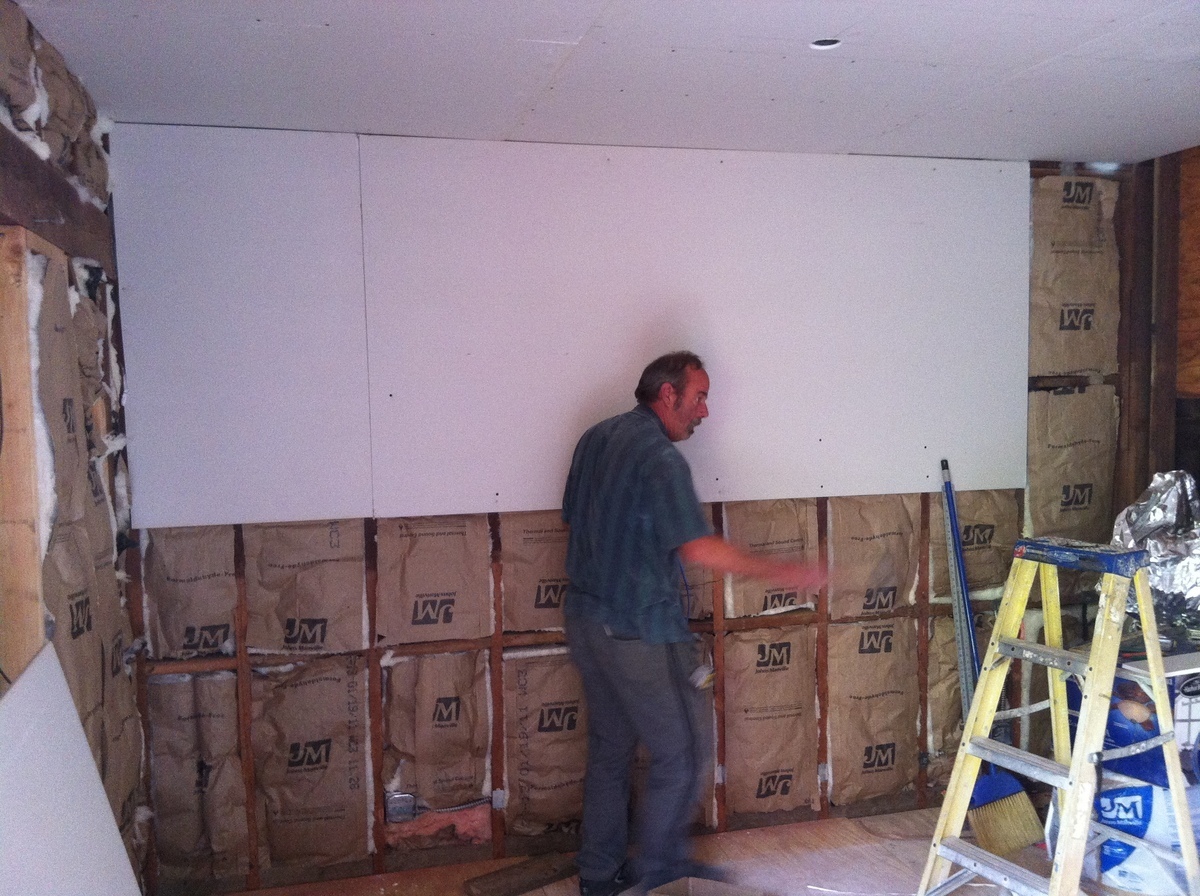 Naturally, the most fun of the whole project was wiring it up. 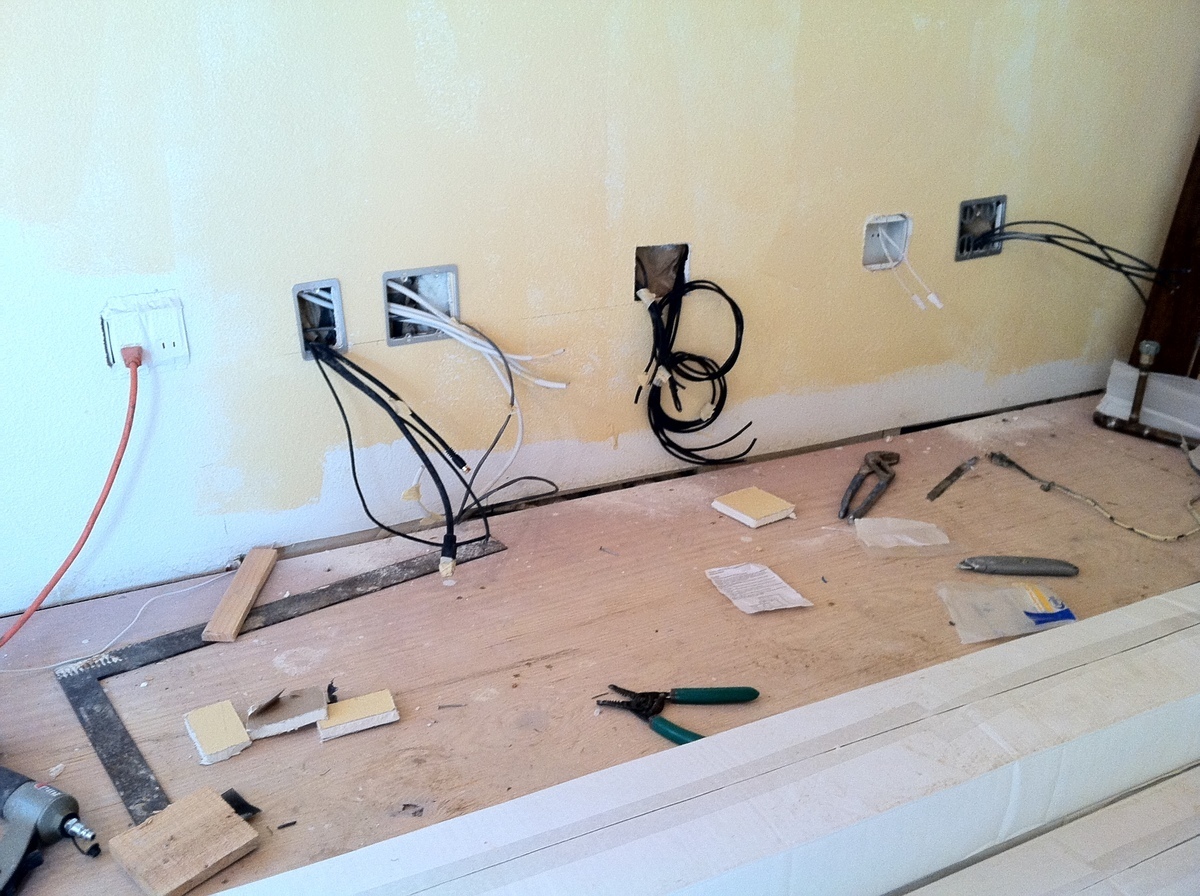 Here's where the interior started going Tuscan. Yes, the walls have a faux finish (texture). That was a lot of fun to apply (note: texturing is hard work). 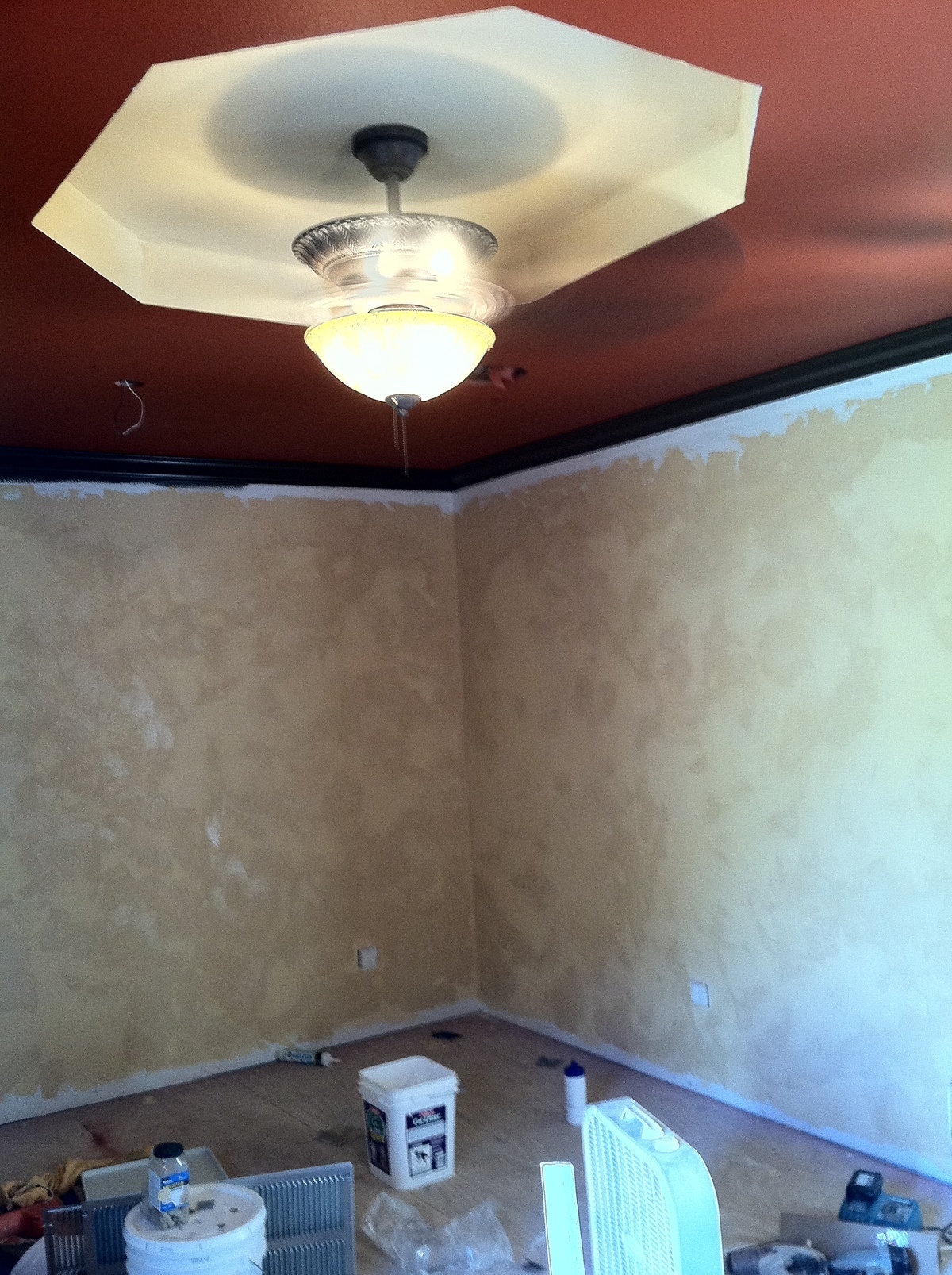 And then came the final pieces like my four speakers. This stuff could power a mid-sized rock concert. 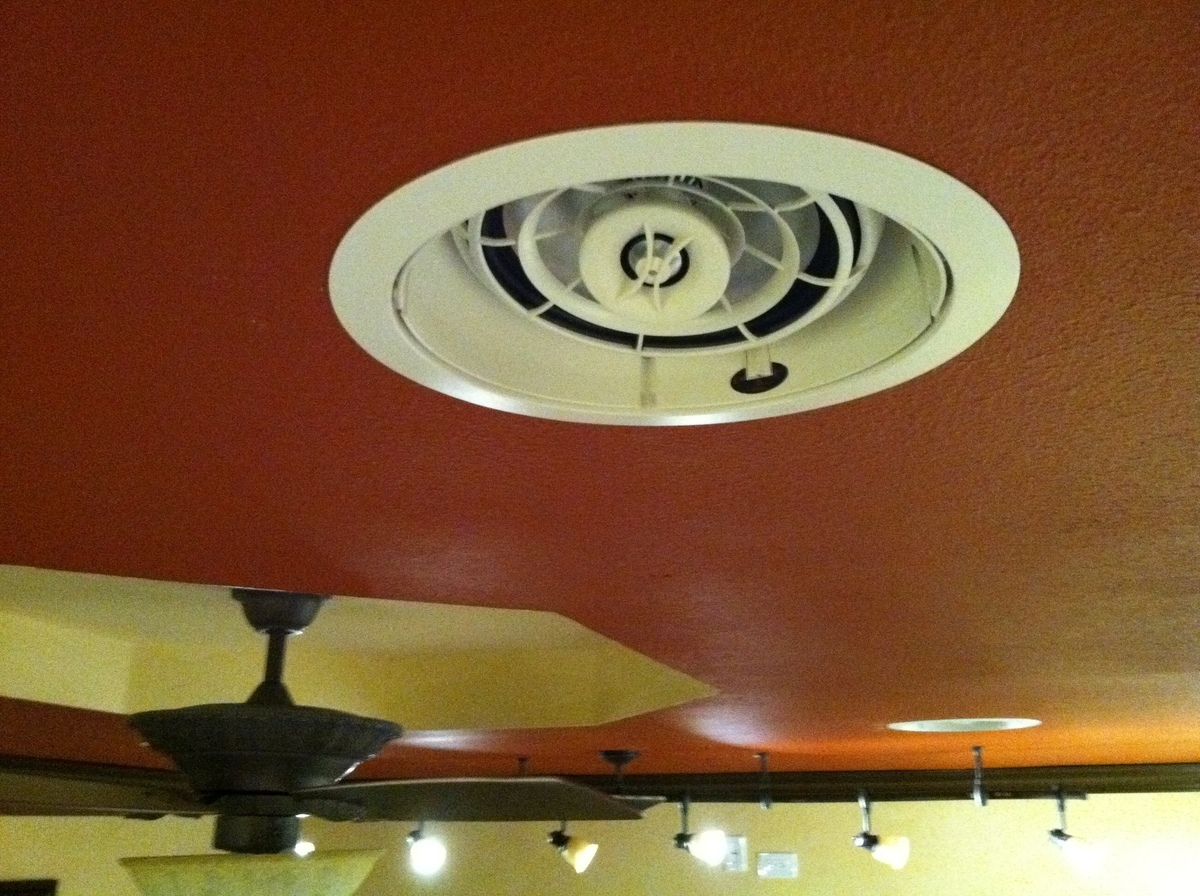 Eventually it all came together. I did go a bit over the top, pre-wiring for a wall-mounted projector (HDMI and power) and a motorized projector screen, just in case I ever want to add them later. Oh, and don't forget the keypad door locks. Just like with cars, physical keys are a thing of the past! 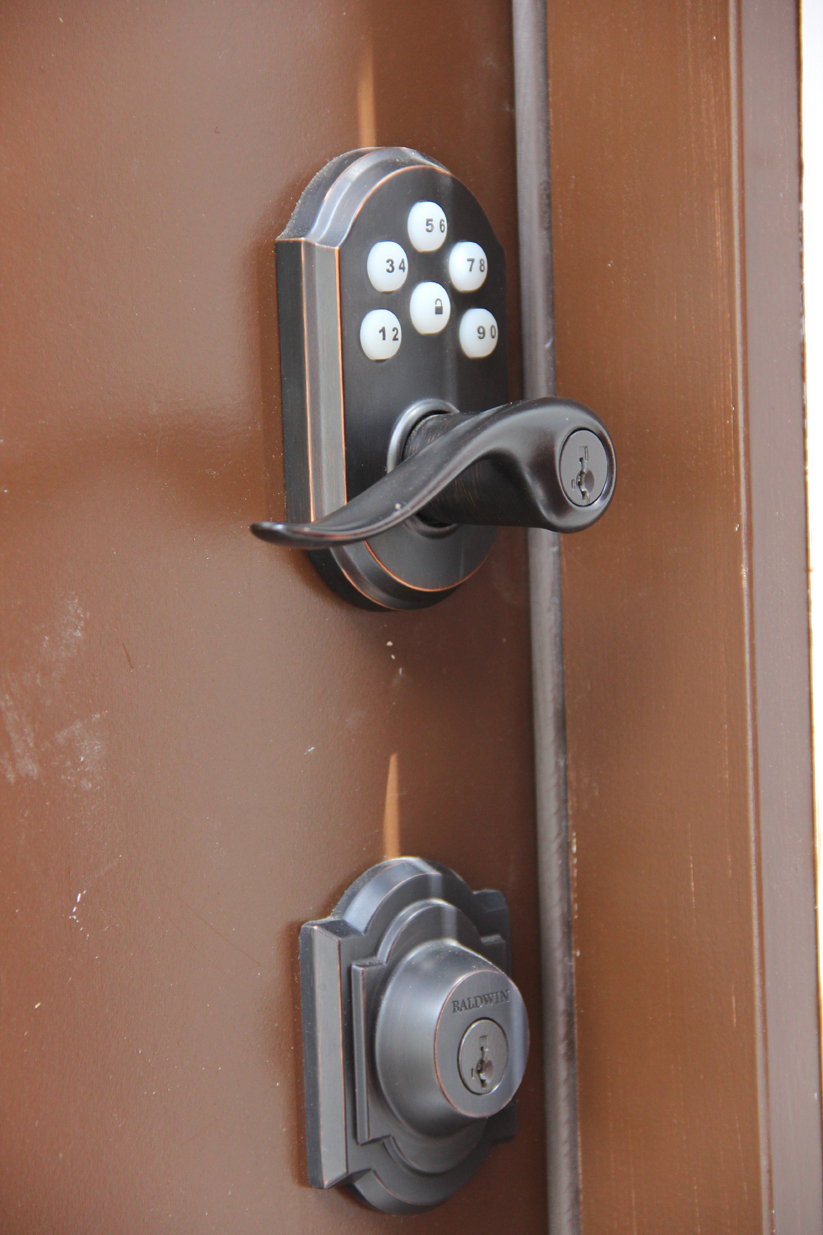 The Barn has even been turned into a full-on video production studio! 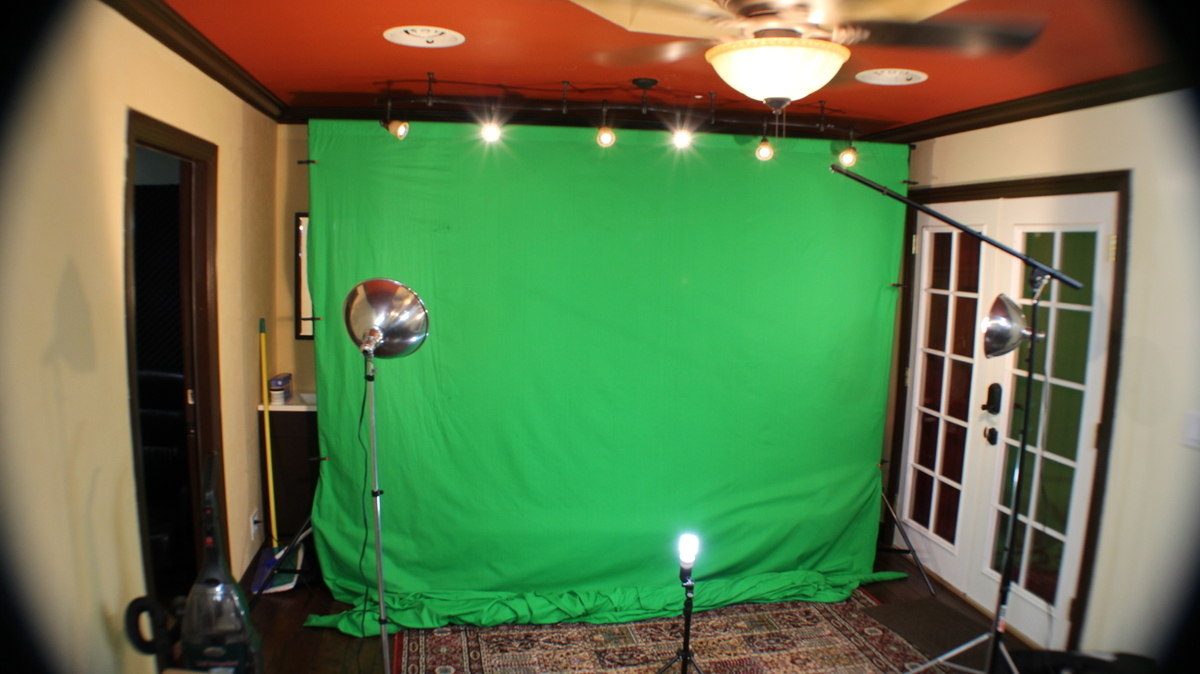 The Barn has really become my home away from home (by about 30 yards) and I've been able to focus in this creation like nowhere before. It was well worth the high price and the hard work that went into it. 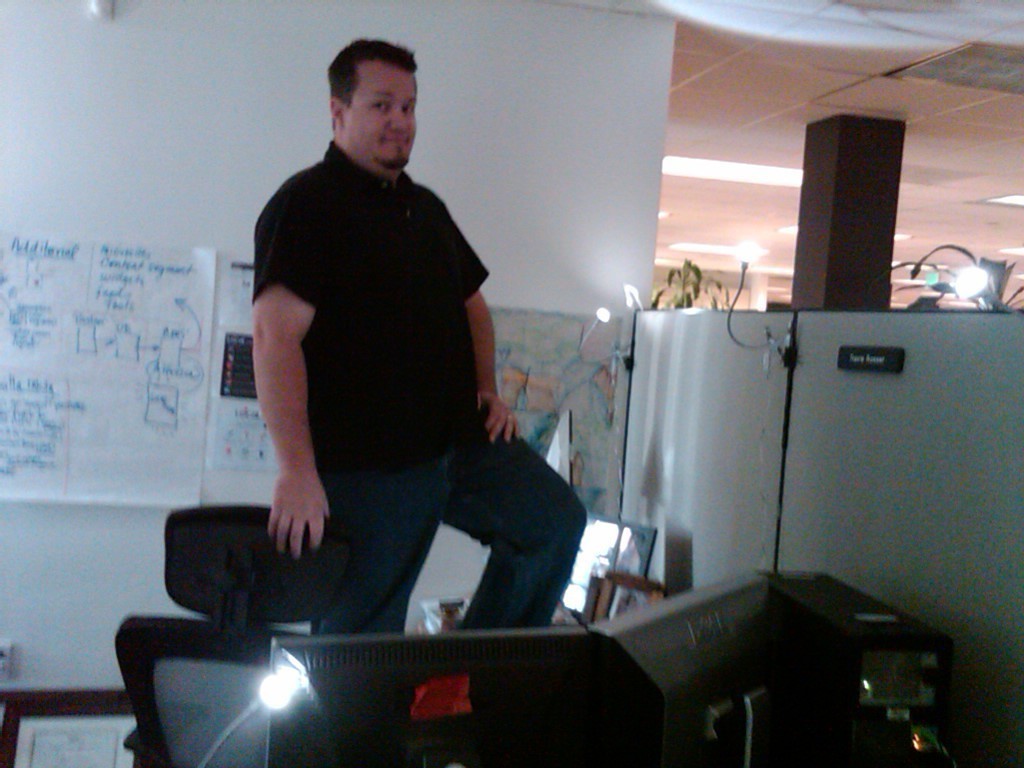