Posts tagged with
I'm a phone fanatic and everybody knows it. I am constantly in search of the perfect phone. So when I heard about the new Verizon Android phones, I was pretty excited. I even got up early yesterday (9 AM) to go pick one up. I had a T-Mobile G1 back in the day (on AT&T, of course), and it wasn't my favorite device in the world. Android just wasn't ready for primetime, so I had hoped the time between the G1 and the Droid Eris would be sufficient enough to get Android to the place it should be. Some may disagree with me, but while I think Android is definitely better than it's V1 release, I still don't think it's quite there. Read on...

The main reason I went with the Droid Eris over the Motorola Droid was for HTC's Sense UI. I strongly dislike Android's default skin, and it was a big enough factor for me to opt for the lower end Eris. I have three big problems with this phone: the lag, the input methods, the choppy scrolling, and then the capacitive touch buttons.Input MethodsObviously the ability to input data into a mobile device is the most important function on a phone, besides maybe receiving signal (*cough* iPhone *cough*). This phone holds 2nd place in worst device input methods, the absolute worst being the HTC Touch Cruise. Although the Droid Eris has a convenient T9 input method (which I personally love), the lag makes it unbearable, as it takes too long to load in new suggested words. The on-screen QWERTY keyboard doesn't work either, because the keys are just too small (the device is smaller than the iPhone). I just can't type on this thing for beans. Choppy ScrollingThis killed me on the G1, and it hasn't changed on the Droid Eris. The scrolling sucks. It sputters and stalls, and is horribly laggy. Sure, say it's the phone itself and not Android, but it doesn't really matter. IT DOESN'T WORK. HTC should have worked this out some way before releasing a device with sub-par functionality. Capacitive Touch ButtonsI have had nothing but trouble with the touch buttons toward the bottom of the device. If I tap directly on them, they do nothing. It's like I have to tap on the top border of the icons to get them to react. It's really hit or miss for me. Sometimes I get them to work. Usually it takes two or three tries. Simple ThingsThe simple things are really what killed it for me on this device. Things like, adding contact to a text message and trying to dial a contact were more than challenging. There are complicated menus and buttons you have to push - it made me think about steps I shouldn't have to think about. Right out of the box, it should just work. I shouldn't have to go download anything from the Android Marketplace to make my device work. Even reading new notifications is harder than it should be. To unlock the phone, you have to swipe down on the screen. Then to view notifications, you have to swipe down from the top of the device. This whole process requires two downward swipes. Why not one up and one down? It's the little things that really kill this device in my mind. I really wanted to love this device. I want to love every device I get. But unfortunately, this one has let me down. When it gets to the point where I end up giving up typing a text message or posting on Facebook or Twitter from the device because I get so frustrated with its lag and input methods, you know the device is a failure. And no, I'm not getting a Moto Droid. I hate the keyboard. Good try, HTC, but try again. It doesn't matter how pretty you make a device. If I can't do the simple things quickly and easily, you have failed.Back to Blackberry I go... 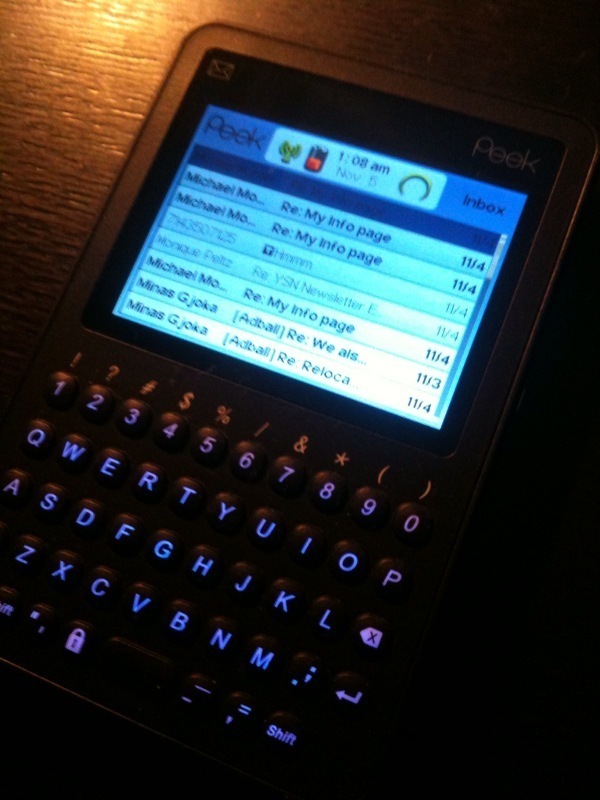