Less than two weeks ago, I ranted about a blatantly terrible call made by the left field line umpire in the Yankees/Twins Division Series game where a fair ball (that bounced out of play and would have been ruled a ground rule double) was called foul. I ranted, but didn't present a solution.

Last night, Charles Gibson of ABC posted an overview of bad umpiring calls in recent weeks, pointing out three terrible calls during game 4 of the Championship Series between the Angels and Yankees. His solution is to bring instant replays to umpires like in all other major sports.
Download 7AD407B0_YouTube_-_Fair_or_Fou.flv
But I don't think adding instant replays is necessarily the best solution. I think the solution is as simple as hiring younger umpires. If you really think about it, it's rare to see an MLB umpire under the age of 60. It's not that they don't have vast experience calling games - I just don't think their vision and perception is in its best state. The human body is well past its prime for many of these guys.
Let's face it, 90% of these controversial calls happen within 20 feet of these umpires, and the problem really seems to be them not being able to clearly see what is going on directly in front of them. I don't have a problem with older gentlemen calling these games, but there vision and perception has to be top notch. If you were to put my grandpa and me in the same room, I'm going to see a whole lot more than he is - that's just the nature of life. Unfortunately, neither vision nor perception seem to be working too well for the umpires that have been involved in calling these post-season games.
I hope MLB comes up with a solution to prevent these elementarily wrong calls, without resorting to instant replay.
Here's what some of my friends had to say on Facebook, mostly about the most outrageous call where umpire Tim McClelland only called one Yankee out at 3rd base when both were tagged out and neither were touching the bag:

Emily Barrett Fuentes: i think both teams can agree....fire these umps!
Christopher Jae Gaines: Terrible calls. I feel bad for Angel fans.
Sara Hughes: well...apparently you don't have to be on the base to be safe if you are a Yankee...you can just stand there like an idiot a foot off the base with your hands in your pocket and be safe. RIDICULOUS.
Brianna Villines: can i be an ump?
Jill Morrow Capote: Wondering how much the Yankees had to pay the umps to make those ridiculous calls!!! Unbelievable.
Kelsey Weisenberger: Haha I love that I'm not even watching the game and I know that the umps are being jerks hahaha
Heather Dilley: The umps are on the Yankee payroll.
Emily Barrett Fuentes: yeah!!!!!!!!!!!! home run....oh wait the umps will prob disagree
-------: That was bull****!! Bull ****ing ****!!!

Tweet
If you're not at the game, the Slingbox HD is the next best way to watch the Angels. 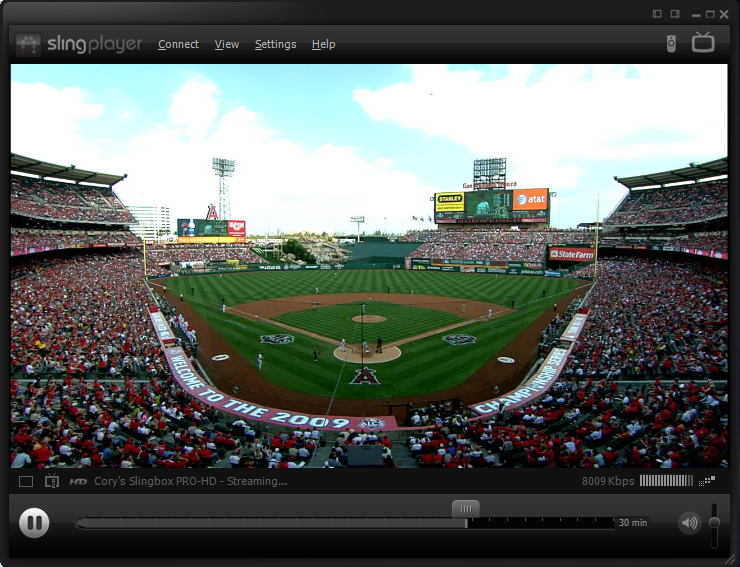 Tweet
The stadium isn't really bent like that, but a valiant effort by Pano in auto-stitching regardless. 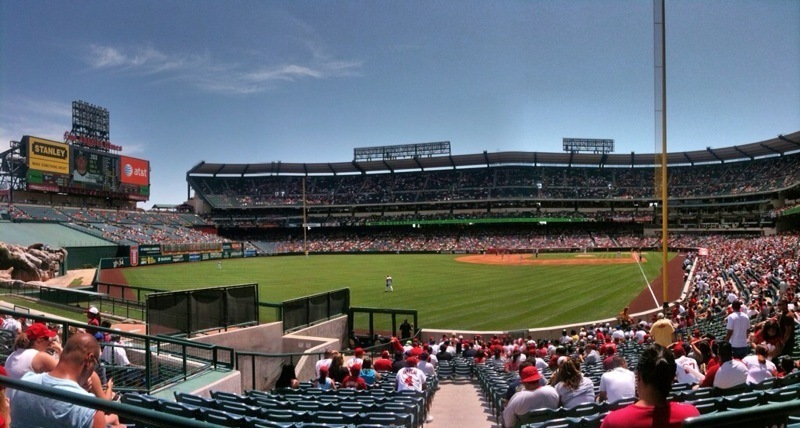