People across America are excited that Verizon Wireless is getting the iPhone. AT&T has been blamed for network problems that prevent current iPhone owners from being able to do just about anything on their wireless network, like making a phone call. But I'm not so sure Verizon will be all that better, and I blame the iPhone itself.

I seriously think there's a fundamental problem with the iPhone itself, and how it is made.

Let's face it, there's a reason cell phone makers have never built a cell phone with the same type of materials Apple has: reception problems. If you look closely, you'll realize that the majority of people who complain about AT&T's network problems have an iPhone. People with other types of phones don't complain nearly as much about getting dropped, or not being able to place a call altogether.

When it comes to data speeds and connectivity, if you try to complete the same action on an iPhone as with any other smartphone (on the same network), there's a good chance the other phone will finish first. This happened to me the other day. I was with a buddy in downtown LA and went to check traffic on my iPhone with Google Maps. I couldn't get anything to load. (Same with my iPad, by the way.) Absolutely nothing. Zilch. He pulled out his Windows-powered Samsung Focus and Google Maps and traffic loaded instantly.

For this reason, I am skeptical that the iPhone on Verizon will perform significantly better than its AT&T counterpart.

I'm not saying AT&T doesn't have their issues. They do, and they have plenty. But I think Apple's problems are far worse than anyone would like to think.

(This problem extends to other Apple products, as well. Anyone who has used a Mac laptop knows that the range on the internal wireless card is far inferior to other laptop makers due to the metal casing. And yet, somehow, Apple has managed to dodge blame for that as well. While Apple makes "pretty" products, their aesthetics come at a price.)

I base my reasoning on my own hunch and experiences, and no published facts or statistics. I'd be interested in hearing what you think.

Clearly I am a complete loser, as I have spent over 80 hours in total playing this game. Just imagine all the things I could have done with that time. But would I change anything if I had to do it all over again? Not a chance. 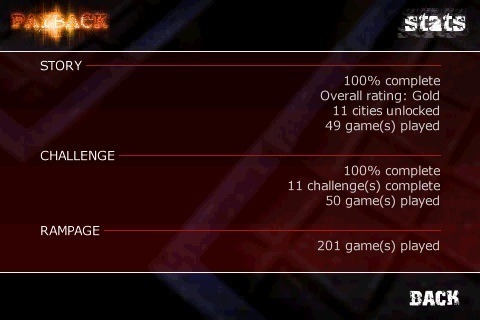