Let’s break this down:
In summary, it seems like this new dashboard was designed by someone with a great eye for visual design, but didn’t think through the actual use cases of people like me. (Of course, there’s always the chance I’m in the minority.) But adding additional boxes along the bottom, just to even out the UI, is “pretty”, but completely useless otherwise.

Adding a Subscription
Creating a new subscription (with a trial) used to be a one-step process. It has now turned into a multi-page process that requires me to use Google when manually creating a subscription. First, a screenshot, then I’ll explain. (Pay close attention to the Trial end feature.) 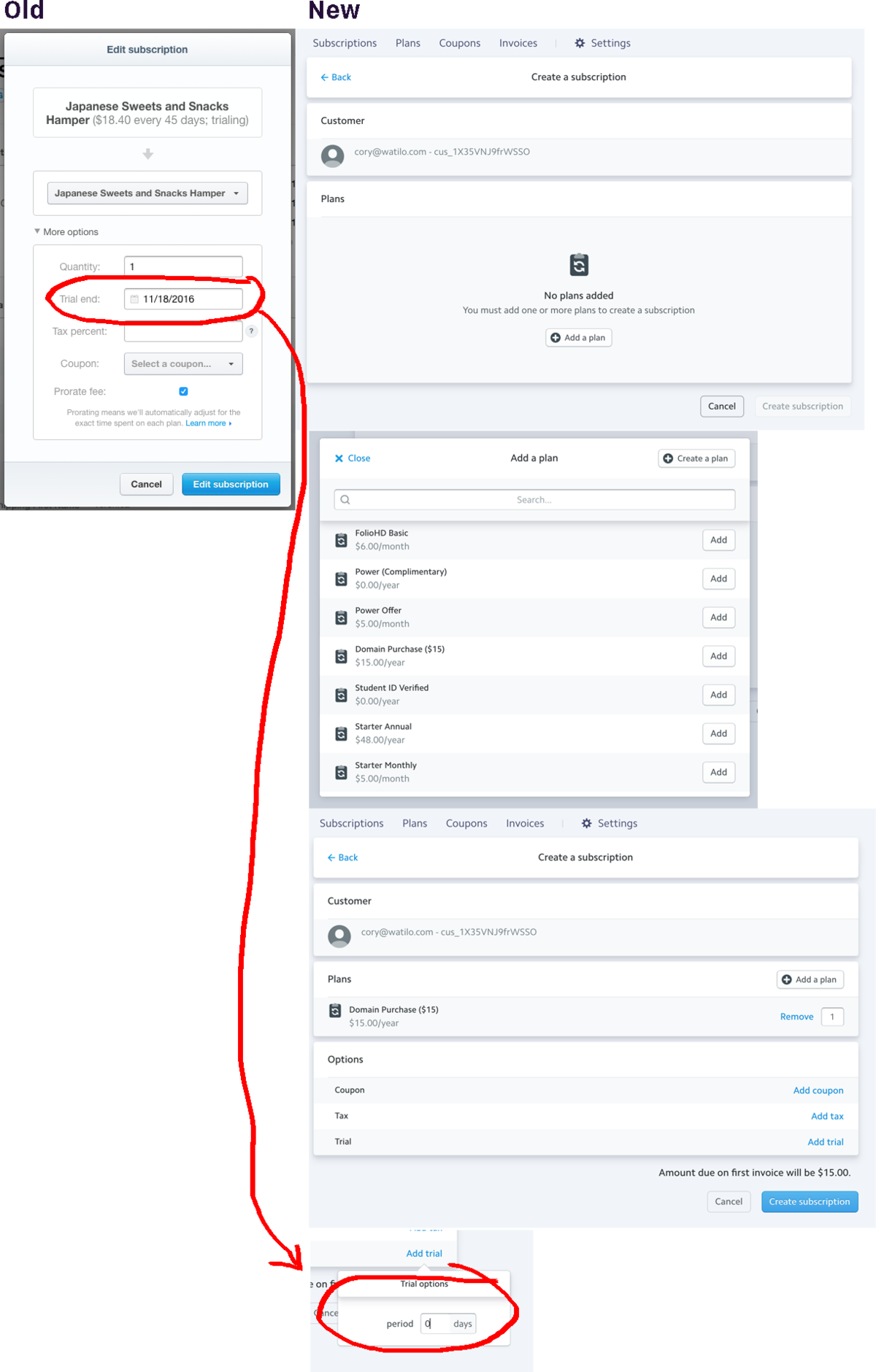 Usually subscriptions are automatically created via the Stripe API, but from time to time, I have to create or modify subscriptions manually. For my case, it usually involves a one-time charge, then creating a subscription starting months from the current date.

In the old UI, clicking in the Trial end box would display a date picker, and you could easily choose the date you wanted.
In the new UI, aside from creating a simple modal into a 4-step process, the Trial period input is now a numerical input. That means you can no longer simply select a date from a calendar. So when I want to choose a date, I now have to go to Google, type “how many days until X, 2017”, and then enter the value.
Now, I can hypothesize some use cases where a numerical entry might be handy. But I can almost guarantee the decision to change the input type was done without due research on how people were actually using the input.
I could go on with more examples of how things have become harder to use, but I’ll save them.

The challenging thing about being a designer is that you are often not the target audience of the product that you’re designing. And without having the inherent understanding of a product - because you don’t use it in a real-world scenario, yourself - you tend to design differently.
It seems as if the people behind the Stripe redesign put form over function.