In my experience in Silicon Valley, I've worked with several product managers who hold very "elitist views" about how products should be made. Instead of focusing on how the user will use a product today, they tend to architect how they feel it should be used in a decade. The problem with this is that in the short term, you end up with a handicapped product, and the products of today are generally gone (or greatly evolved or rebuilt) in even a couple years from now.

It makes sense that we design for the future, but if we are building so far into the future that a product can't be fully appreciated today, it greatly hampers our ability to fully benefit from this technology.

Apple is a prominent example of this. You must fully buy in to their ecosystem - how they think you should use their products and services - in order for everything to work. If you take even one segment out of their ecosystem, you risk losing data (iCloud backup vs. other syncing services), not being able to play music on certain devices (DRM), or not being able to message certain people (iMessages). 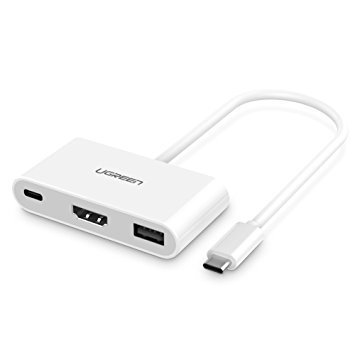 But the reason I decided to write this post is because of how Google decided to build screen mirroring on the Pixel, their flagship Android phone.

You know how with most phones, you can simply plug a cable from a phone into a TV and you can instantly see the screen on your TV? Yeah, Google decided not to support this standardized feature. In fact, it's supported on many of their other devices in the same line, but not the Pixel phone. In order to get content on a TV screen from your Pixel phone, you must use a Chromecast device.

In a perfect world, this makes sense. Everybody should own a Chromecast, and with that setup, you can wirelessly put your content on a screen. Great.

Unfortunately, we don't live in a perfect world.

In my current scenario, I live in an RV. I have a wireless router for this very reason, but sometimes RV parks have complicated network setups that don't allow me to directly connect my router. So in my case, I have multiple Chromecasts. I have unlimited data on my Pixel. I have everything Google wants me to have. I even have a third-party USB-C to HDMI cable that should be the solution for getting my content on my TV. But because Google won't support a feature that's been around in nearly every other phone built in the past decade, I'm stuck resorting to plugging in a backup iPhone and carrying a second plan for that phone.

In a decade, all of the connectivity problems of today will likely mostly be solved, and this will be a non-issue because they tried to solve it today. But we'll introduce new problems just like these in the future, and there will be growing pains as a result.

Sometimes I just wished the product managers in Silicon Valley would bring it down a notch and solve problems for real people, outside of the bubble, today, instead of dictating how we should use products just because they think it's the right way to go. In reality, they don't care about the edge cases. They care about solving the problems that they've deemed worthy. They're solving for what happens when you're at home, on your couch, on a Google phone with a Chromecast and Google Fiber in your house. The problem is, there's an entire world outside their bubble.