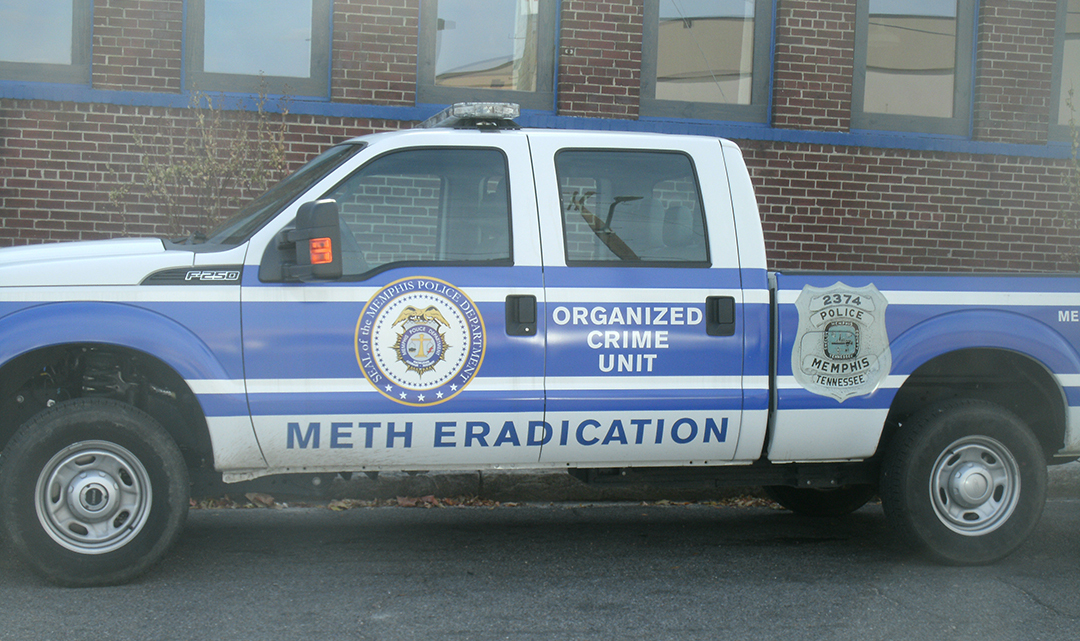 Little did I know at the time that I had access to a super secret special customer support number for Hotwire, known as Hotwire Express - one that connected me directly with their premier support team, dedicated for frequent travelers who book through Hotwire. I was honored.

In fact, I wasn't the only one. In the late 2000's, Hotwire received three consecutive awards for "Highest in Customer Satisfaction for Independent Travel Web Sites".

Hotwire already had a great product. Now that I knew they had this level of service for their best customers, I was hooked. This was a safety net. In the event the worst happens, they'll be there to make things right.

If you aren't familiar with Hotwire, it's the hotel booking site that rose to fame because they offered discounts over other sites by not revealing the name of the hotel until after you book it, only allowing you to choose the star rating ahead of time. For those of us who like living on the edge, it's kind of fun.
But Hotwire isn't without its faults. One of the things that has irked me the most is the deceptive ways in which they list resort fees, the pesky fees some hotels use to anchor their price within the range of competitors, then later making up the difference with a fee paid directly to the hotel. 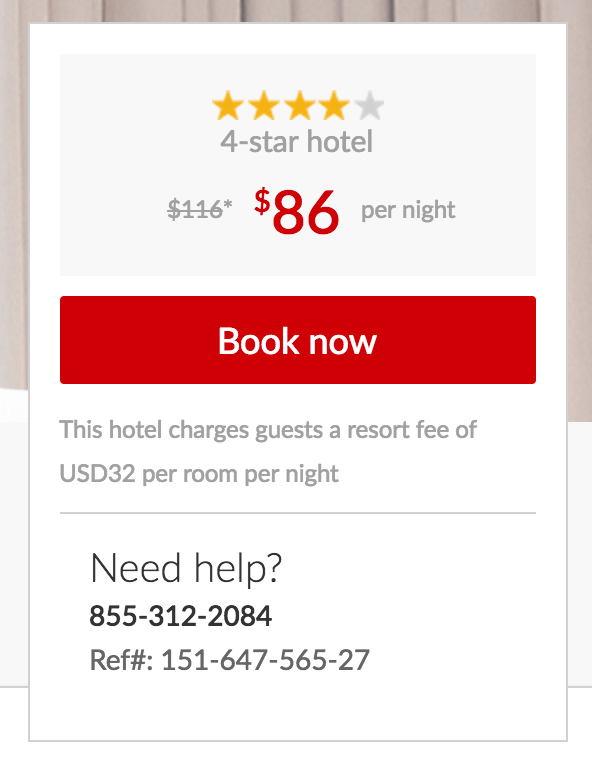 Hotwire doesn't list this fee until after you've clicked through to the hotel's detail page. It's a little deceptive, but you get used to it. (The practice of showing an all-inclusive price is the vastly preferred method, like how companies such as Southwest and Stubhub present their pricing.)
But in all cases where there's a resort fee, the fee is listed directly below the BOOK NOW button.
That is... all cases, until this week. 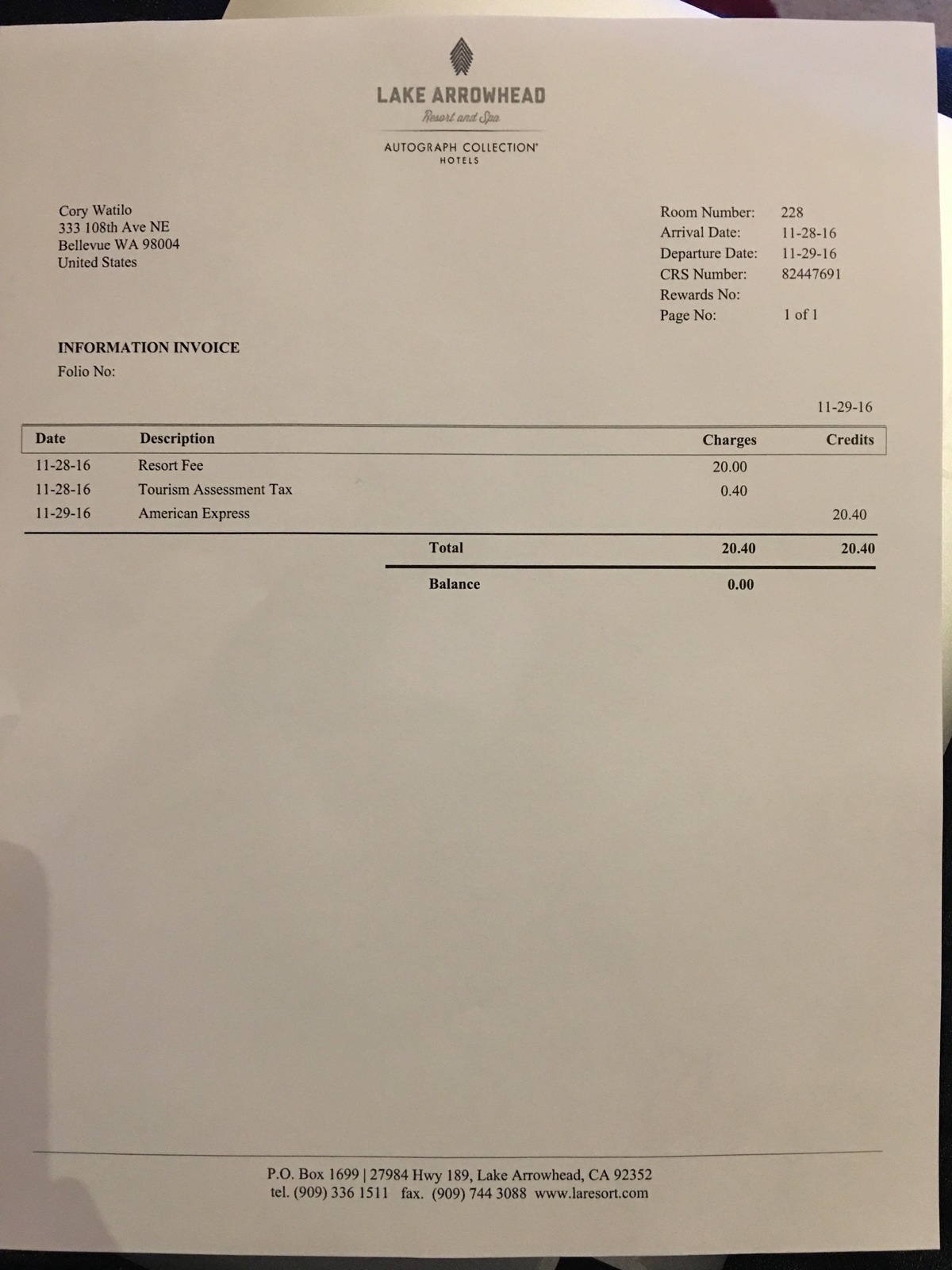 2016 in Lake Arrowhead, CA: During my stay at Lake Arrowhead Resort and Spa, I woke up to a folio slipped under my door with a $20 resort fee listed. With no recollection of this fee, I double-checked the Hotwire listing where I booked the hotel. Sure enough, no resort fee was listed. 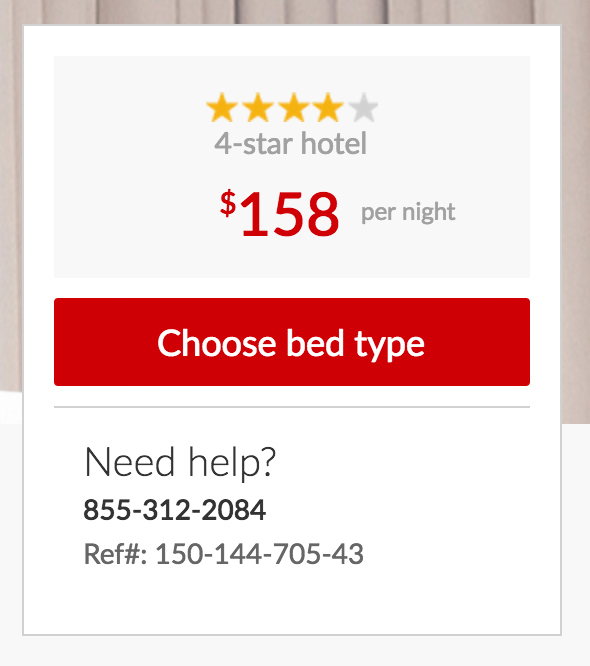 I checked in with the front desk, as I didn't recall signing anything acknowledging the fee. As it turns out, they had eliminated the registration card, since they assume the fee is listed when booking the hotel.

So now we've got a hotel that charged a fee without authorization, but really it comes down to Hotwire's lack of transparency when booking the hotel.
After a call to Hotwire, the rep, in broken English, acknowledged there was no resort fee listed. But she simply recited the policy that when you book through Hotwire, you agree to pay any resort fees to the hotel. I asked to speak to a supervisor because of the very obvious lack of transparency about this fee. Without flat out refusing, she refused to let me talk to a manager. I believe she ended up hanging up on me. (Side note: I was very calm, cool and rational - I wasn't being a jerk.)
She proceeded to tell me that, in this particular case, the fee was a "use fee" for using amenities like the pool. "Did you use the pool during your stay?" she asked. Seriously?? (Even though this suggestion sounds crazy, I confirmed with the hotel that they do not charge a fee when amenities are used.)
Emailing Hotwire support stonewalled me just like the phone rep did.

Before you complete the reservation, we provide the terms of the Hot Rate® booking for your review. The policies includes, "You pay the hotel directly for charges like room service or resort fees." Therefore, by clicking the "book now" button, we assume that our customers are fully aware of the policies governing the reservation. We regret we re unable to honor any refund at this time.

Hotwire maintains a separate section of their website that published hotel names, and offers some of the same hotels at listed prices. When looking up the listing for the hotel in which I stayed, this is the information that's presented: 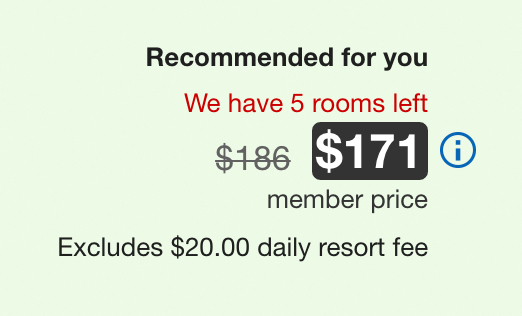 For some reason, the resort fee is listed here, unlike in the Hot Rate section. I'm fairly certain this is a weird bug. I see absolutely no reason why the resort fee would be listed in one place but not another.

This entire scenario is incredibly disappointing to me for a number of reasons:

I tabulated how much money I've spent with Hotwire over the past 7 years: $16,327.06. This isn't to say that I deserve better support than others, but many companies do keep tabs on the lifetime value of their customers in an effort to keep the more profitable ones happy.

What's more frightening than the fact that this fee wasn't disclosed, is the fact that the people on their front lines have zero compassion or sympathy for their own customers.

As a business owner myself, whenever a customer experiences a problem, I always try to make it right from their perspective, even if that means sucking it up or losing money on the customer. Obviously that level of support doesn't always cascade down to lower-level employees, but for pete's sake, what has happened to Hotwire over the years?

The experience I had with them in 2010 is what has made me stick with them all these years. They did what I was just talking about. They lost money on that sale, but made the effort to make it right, and I think it's paid dividends for them.

But as it turns out, I'm finding out Hotwire has discontinued the Hotwire Express program, the program that boosted their customer loyalty by providing great customer support in the first place.

I'm not sure what's changed over the years. I'm guessing corporate repositioning, a shift in management, and an effort to become more profitable. It seems as if Hotwire has changed their focus to be more on the bottom line and less on their customers. It's sad to see, especially when they used to be known for their customer service amongst their most frequent of customers.

I'm hoping this is a one-off experience that I had, but sadly, this experience will make me think twice the next time I'm booking a hotel.